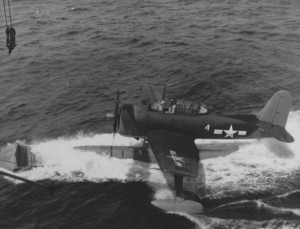 I was surprised when I was working on newly found records of the USS Boston Aviation unit, that when the Boston was pulled from duty in the Pacific after months of fighting, the Aviation unit was removed lock, stock and barrel when the ship arrived in San Francisco on the way to it’s retrofit in San Pedro. there were between 15 to 20 members of the unit, and many had been together from 4 months before the ship was commissioned. The Aviation unit was started in February of 1943 and the ship was commissioned in June of 1943.

On the 28th or March 1945, the entire Aviation Unit was transferred to the Alameda Naval Air Base in California. After the Boston was retrofitted, an entirely new crew was mustered in San Pedro to restart the unit.