When the Boston left Pearl Harbor on January 19, 1944, she joined with hundreds of warships as a unit of newly-created Task Force 58.  She was part of the aggressive push against Japanese “defensive ring of islands”, which ultimately led to the Surrender of Japan (8-15-45).  First target: the Marshall Islands.  The Marshalls are small islands and reefs scattered across 180, 000 square miles in the Pacific.  There are several large atoll lagoons  among the islands big enough to anchor large warships.

In August 1944, The Boston was anchored in Eniwetok for the entire month.  In case that sounds like “the easy life of a sailor”,  during the previous 6 months, the guys attacked the Marshall Islands, several of the Carolines, participated in the Hollandia invasion, Truk, Wake and Marcus, and began the capture of the Mariana Islands.  This action, generated the Japanese all-out defensive attack (June 19-20 Battle of the Philippine Sea)  which lives on as “the Great Marianas Turkey Shoot.”  After that they tried to bomb Iwo Jima, but the weather was too bad.  After a quick stop at Eniwetok lagoon, they went back to Iwo Jima, then back to the Marianas to support troop landings.  With just five days left in July, they attacked the Carolines.

A month in Eniwetok.  After six months of non-stop combat.

So, here we are, 70+ years later.   The peoples of the Marshalls (The “first stop in the end of the Pacific War”)  are faced with the spectre of having their islands disappear under the waves of the rising Pacific.  If you are a  “climate change” denier, then there’s no sense in reading any further.  However, the fact of the matter is that the Marshalls and all other low-lying islands in the Pacific are under Mother Nature’s siege. 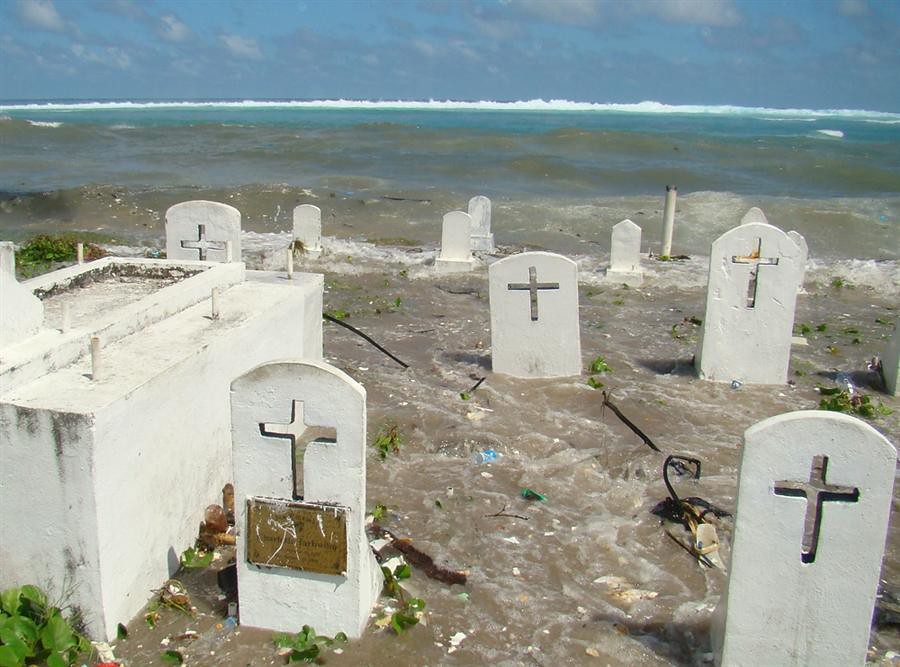 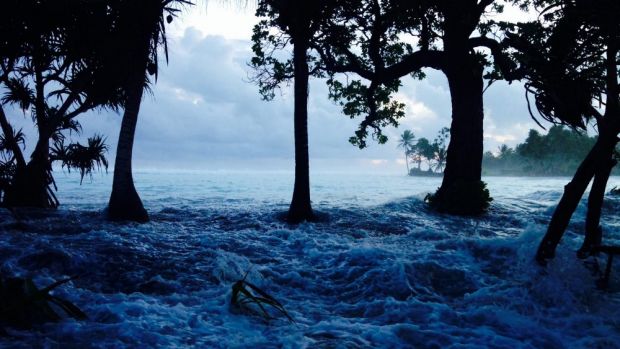 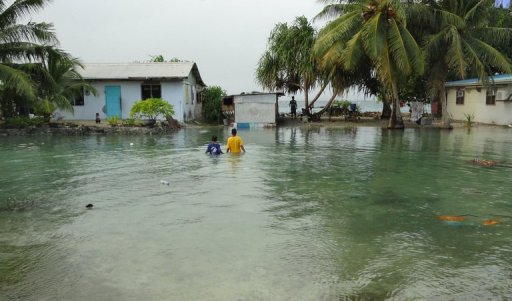